If you ask people what’s a word they hate, many will say the word moist. Can I get an, “Amen?” There seems to be a general consensus regarding the word aversion as you can find many memes across all media platforms that simply exist because the word moist exists. I think in our smart brains we know it’s completely illogical. A word is simply a series of letters with sounds, when combined, turn into words and essentially language. Whether it’s the word moist, or even the word fuck, it has no meaning outside of those that “know” the language. I purposely go beyond “just” speaking the language because I can say a word in German and truly not understand the cultural attitudes or beliefs associated with that specific word. Any word in a particular language means nothing until the culture or society bring it to life with it’s beliefs and attitudes that go way beyond “just” the meaning.

In an unprecedented year of a global pandemic, many new words and phrases have been created to effectively communicate the life changing effect it is having on societies across the globe. As I read and learn in order to try and wrap my brain and heart around what is happening, there is “just” one word that makes my insides cringe.

I’m sure it’s not rocket science for you to know what that one word is at this point. For me, “just” is the new moist. “Just” like moist, it’s a series of letters and sounds combined to make a word that mean something. To us. To me. In the context of where I see the word popping up everywhere, it means barely or simply. It’s “just” one percent. It’s “just” one year. Using the word “just” when it comes to talking about a global pandemic where life will never be the same or even cease to exist for millions, I implore you to “JUST” stop. That word, and that word alone, minimizes the impact (and any associated feeling) of what is happening all around us. The impact of loss (not “just” life). The relevance of time (every second is a gift). The everlasting change upon millions, and more than likely, billions of people. None of which should be minimized or taken for granted.  So “JUST” stop. None of what is happening is basic or simple. The last words I would use to describe a global pandemic is basic or simple or “just” fill in the blank. It’s one of the most complex catastrophic natural disasters of our time. My question is, “You’re going to use the word “JUST?!”

“Just” one percent. One percent of billions of people is a lot of people. When all this is said and done, I don’t think the national news headline will read, “Barely 2 million people died from…” At the same time, I lost my mom in less than 6 months, lost my dad in less than a month. and I lost my husband in a blink of an eye as a cherry on top of that shit sundae. “Just” one year? You know what I wouldn’t do to have one minute of any of the years that I didn’t know weren’t going to be? A lot can happen in one year. A lot can happen in one second. Your whole life and what you think it’s going to be is not promised. As soon as you think it is, don’t blink. To think of this holiDAY as “just” one of many more holiDAYS is to completely minimize the value and gift of every second you’ve been given (Buddha would not be pleased). Some of us, many of us, already know that next year doesn’t matter. It’s the whole reason an amazing organization called Hospice exists. “There’s always next year” might not be true. If you’re lucky enough to think so, check your privilege at the door and be mindful of those looking at loss right square in the eye. How about we recognize and validate the fact that someone’s last year on this planet may be the most isolating and lonely year of their entire lives?! I’ll say it again for the people in the back, “And you’re going to use the word JUST?!”

All that being said (whew I feel better already), none of what I said means my family is not doing exactly what we are supposed to be doing during this difficult time. I don’t do it out of fear because I know (to the depths of my soul) that I can do everything right and still wake up a widow. I do it because I know it’s not “just” one percent. Every life holds a tremendous amount of value, especially to those that love that one person. I live the impact of loss everyday. Even before 2020 dropped like a bomb, I live my life everyday by the essence of The Starfish Story. If you don’t, read it, and live it. I read it as a part of my husband’s eulogy. I don’t know how nor remember, but I do know that I meant it with every ounce of my being. Make a difference for that ONE. Always. This year, that may mean wear a mask, stay home, don’t gather even for holidays where gathering is the greatest gift. To that list, I will also NOT use the word “JUST” and minimize the impact that those very choices have on every single one of us. For the business owners. For the elderly in long-term care facilities. For the elderly in general . For those with terminal illnesses. For those with mental illness. For those who have lost someone to mental illness. Every. Single. One. I see you. I hear you. I validate every emotion you’re experiencing as a human going through an inhumane experience that is far from basic and surely not simple. And I will not “JUST” ify anything other than your level of human suffering right now. May you feel the love and light of everyone that cares about you from afar until you can feel their arms wrap around you and hold your heart close to theirs once again. 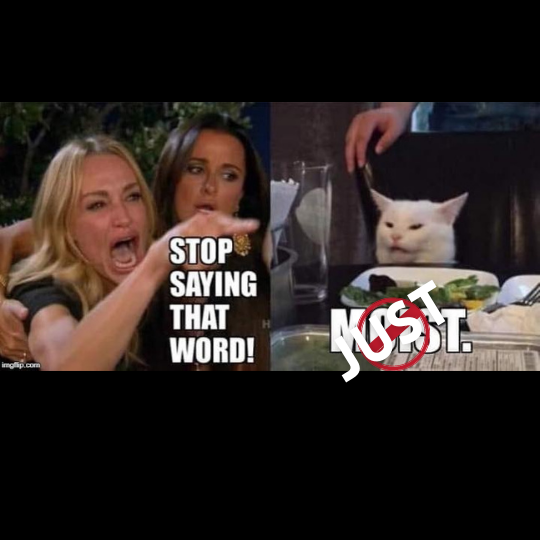